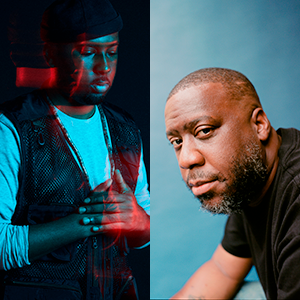 In his projects as a leader or with the explosive Sons of Kemet by Shabaka Hutchings, Theon Cross has rescued the tuba from the niche of the brass bands to place it in a completely new musical context: able to make his instrument walk like his admired Paul Chambers, he does not hesitate to free him from his rhythmic role to give him prominence in a formula that builds bridges with his Jamaican roots and other contemporary musical forms.  A proposal that has awakened the interest in jazz of a new generation of young British thirsty for new sounds.

Robert Glasper
When more orthodox critics and fans began praising Glasper as the expected heir to Herbie Hancock that he seemed destined to be, the Texas pianist reacted as intelligently as possible: frustrating his expectations. Black Radio III (Loma Vista Recordings, 2022) expands a series whose first installment received the Grammy for best R&B album in 2013, and in which he has surrounded himself to date with guests such as Jill Scott, Q-Tip, Gregory Porter, Common or Erykah Badu. Hip-hop, funk and nu-soul that inject contemporary jazz with something as essential as its own, the enriched mixture with other dialects of Great Black Music.