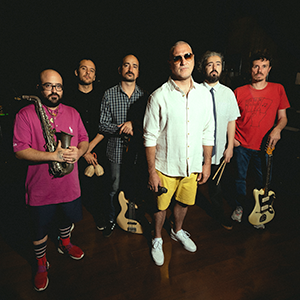 Kase.O Jazz Magnetism
After the separation of Violadores del Verso in 2009, its charismatic leader Javier Ibarra created Jazz Magnetism together with some of the most restless musicians of the Barcelona jazz scene, to give wings to his freest and most organic flow. A decade later and already become one of the most international artists of hip-hop in Spanish, Kase.O reactivates this project where rap and improvised music converse without interference under the umbrella of groove.